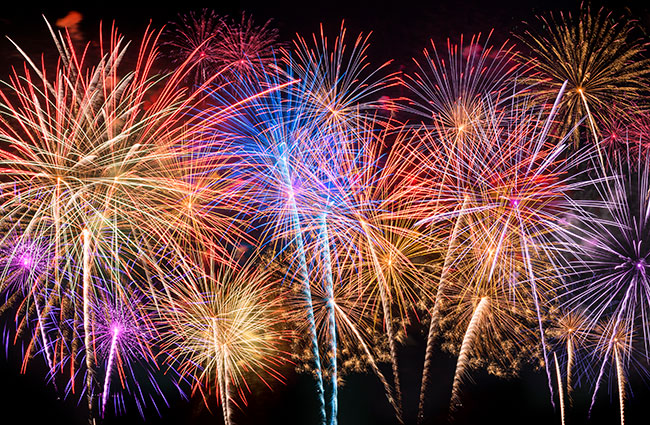 Many people around the world were relieved to bid adieu to 2016, so widely detested it prompted publications ranging from The New York Times to The Telegraph, the Smithsonian to The New Yorker, Slate to BuzzFeed to question whether it was the worst year ever.

An exhausting presidential election, the controversial Brexit vote, the deadliest mass shooting in US history, numerous international terrorist attacks, earthquakes galore, the hottest year on record and a string of beloved celebrity deaths—many would say 2016 was a pretty dreadful year, indeed.

Putting all this behind me, I choose to remain hopeful that 2017 will be a better year—a great year. I will do my best—and I encourage you as well—to do everything possible to spread positivity and love.

I will do my best—and I encourage you as well—to do everything possible to spread positivity. Click To Tweet

Many thanks to a dear friend and colleague who shared the following quote. It speaks to me. I hope it speaks to you as well. Here’s to 2017!

“Make sure, therefore, that to the extent you can, always act from the deepest, widest, highest source in you that you can find; let every word out of your mouth come from the Highest Self you can discern; let every action spring from the deepest Source you can possibly summon. You are laying down Forms that will be stored in that great storage bin in the Cosmos, whence they will one day reach down and mold the future with their own special insistence. Make sure these Forms will be something you can be deeply proud of. You do realize that you are directly co-creating the future World, don’t you? Please, never, never forget that.”
—Ken Wilber, Integral Meditation, 2016, p. 130