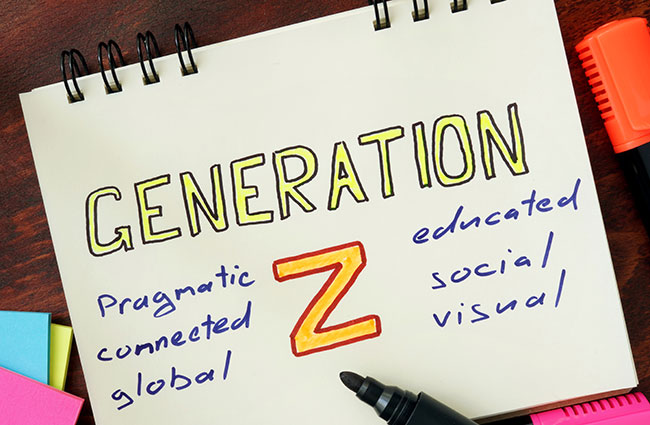 Meet the Plurals: What’s So Special About Generation Z?

They were born texting, their itty fingers swiping across their cell phone screen while they listened to their iPod on earbuds as Blue’s Clues played on the television, Dad watched cat videos on the laptop and Mom slew Doom demons on the desktop.

It was the mid-nineties to early 2000s, and the iGeneration was born into this quasi-anachronistic mash-up scene. Tech-savvy from toddlerhood, these youngsters grew up wending their way around the Internet, “playing” with friends over social media and communicating via emoticons.

These Post-Millennials are your next wave of employees, entrepreneurs, leaders and customers, and it’s time to meet them.

This generation is known for being resourceful, self-motivated and driven. Three-quarters (76%) aspire to turn their passions into careers, whereas only half of Gen Y had such hopes. Nearly as many (72%) wish to start their own businesses one day.

Growing up in a post-9/11 world and witnessing the Global Financial Crisis, they earned yet another moniker as the Homeland Generation for preferring the safety of home and feeling less secure in the world at large.

Gen Z has been reared by protective parents who emphasized tradition, academics and social-emotional learning (SEL). Perhaps because of living in a more uncertain world fraught with the possibility of terror, these kids are turning out to be more conservative than their Millennial predecessors.

They have no illusions about achieving the American Dream, but they do want to better the world, and 76% are worried about the future of the planet. More than a quarter of 16- to 19-year-olds volunteer, and three-fifths (60%) hope to secure jobs that make a difference in the world. Like Millennials, they seek a sense of purpose in their work.

According to the 2014 study Generation Z Goes to College, the teens use such terms as “loyal,” “compassionate,” “thoughtful,” “open-minded,” “responsible” and “determined” to describe themselves.

These Gen-X offspring instantly spot inauthenticity and patronizing attempts by marketers to court them. If you do win their respect, however, Gen Zers are known for being brand-loyal, and they will evangelize on your behalf if they believe in your products and services.

The most diverse generation to date, the Plurals embrace multiculturalism. While they are more pessimistic than Millennials, this bleaker attitude may propel them to seek pragmatic solutions to crises such as global warming, economic inequality and terrorism. Greater consciousness of planetary problems could well lead to direct action.

Whatever the future holds, these enterprising and creative self-starters give us cause for hope.

See below for a fun and informative infographic on Generation Z courtesy of Marketo.