Project Teams: Your Nemesis or a Sure Way to Succeed? The Devil Is in the Details. 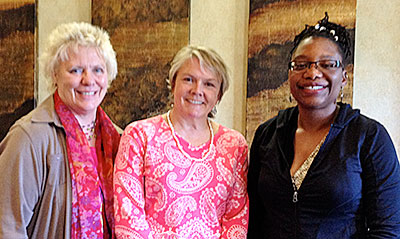 How often do you work in distinct teams to achieve a goal? (Probably quite often if you work for an organization of any size.) And how often do these team projects go perfectly? (Hmm … if my own experience is any indication, my guess is there are usually challenges.) What happens when they don’t go perfectly? (Well? What happens?)

I’ve spent the last two days in a CRR Global workshop that recognizes and teaches that no person is an island. We are all part of complex systems—families, teams, communities, companies. And we can design ways to make sure each of these systems has a greater chance to succeed. If we begin any team assignment by “designing a team alliance,” we can set the team up to succeed. This is a positive foundation that builds on the research that shows increasing the positivity on project teams also increases productivity (Goleman 2005; Losada and Heaphy 2004).

In creating a team agreement, ask questions such as:

3. Revisit the team agreement on a regular basis—especially when things get difficult

Research proves teams that create agreements about protocol—especially during times of conflict and decision-making—do better than teams with no such agreements (Guttman 2008). By consciously exploring ways to increase cohesion and alignment, the team greatly enhances its probability of success.

Learn how to ensure more successful projects within your teams. It’s as easy as 1-2-3. Give Chris a call at 541.601.0114 or email chris@capiche.us. Let’s design a team alliance that can set the tone for many successes to come.