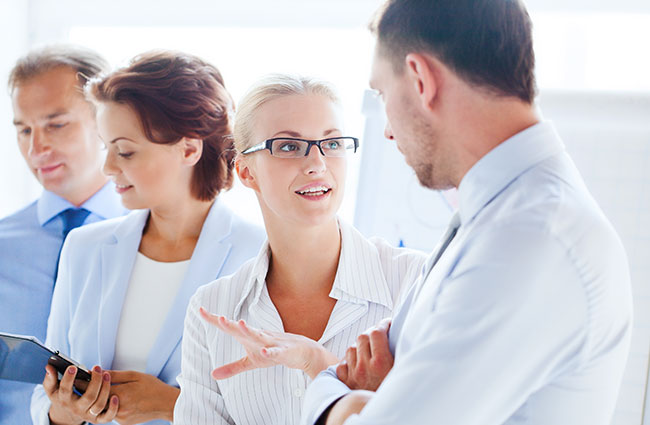 Speak up! How Playing the Fool Might Just Save Your Company—and Your Job

“Remember, you’re going to die.” Otherwise known as memento mori, this Latin admonition was whispered by servants into the ears of victorious generals during a Roman triumphal procession.

These days, leaders don’t employ slaves to remind them of their mortality, but perhaps they should. Well, not slaves, of course … maybe something more along the lines of a Shakespearean Fool.

The Fool is the one character who has license to tell the truth—without repercussions.

Organizations don’t need yes-men. Rather, their survival depends on people who are courageous enough to voice their concerns, identify weaknesses and play devil’s advocate to delusional, narcissistic leaders who may be steering the company toward self-destruction.

I know, the Fool is a scary role to play. You may even feel donning the jester hat is tantamount to risking your job. Giving voice to unflattering truths takes courage. But where will your job be if the organization collapses?

You might agree someone needs to speak up about bad decisions. Why does it have to be you?

There comes a moment in every hero’s journey when the protagonist walks away, gives up or simply refuses to heed the call to adventure. That’s where most people’s stories end.

Sure, they’re spared the Belly of the Whale and The Road of Trials, but they also don’t get to experience Meeting the Goddess, Atonement, Apotheosis or The Ultimate Boon.

Which version of the story would you rather live? Do you want to play the silent observer too fearful to point out the iceberg to the pigheaded captain, or do you want to shout a rallying call to action before your company founders?

A Touch of Stoicism

To steel your nerve for the journey, it might help to practice a little Stoicism. We’ve explored the benefits of Stoicism’s negative approach to happiness in past articles (see Part 1 and Part 2).

Ask yourself, What’s the worst that can happen? You lose your job? Then what? Follow that thread to its possible conclusions. You may discover that, like many people, losing your job liberates you to pursue your true calling. Considering how you may handle the worst possible scenario prepares you to cope when it arrives—or rejoice when it doesn’t.

Tips for Speaking Up

Trinnie Houghton offers some tips for learning how to speak up in her article “The Risk of Not Speaking Up.” Finding your voice is empowering, and it can start as simply as chiming in at each meeting. Houghton reminds us the organization’s health may depend on your willingness to offer a diagnosis.

In an INSEAD Alumni Magazine article, authors Quy Huy and Timo Vuori contend it was not Nokia’s inferiority to Apple, the company’s complacency or its leaders’ obliviousness to the impending iPhone that killed Nokia.

Instead, they blame the corporation’s demise on middle management’s fear of telling the truth. Temperamental, abusive bosses created an oppressive climate in which people were terrified to report declining sales or bring up the elephant in the room—an outdated operating system that could never hope to compete with iOS.

So what can you do to change the course of a faltering organization when the climate is hostile to truth? If the workplace is toxic and top leaders are too egotistical, obstinate and emotionally unintelligent to listen to insiders, hiring an organizational development consultant like Chris Cook can spell the difference between disaster and success.

An outside consultant arrives without baggage, and leaders can more easily engage in the discovery process without feeling threatened. Employees feel free to speak the truth while their identities are shielded from vindictive bosses, and top management can be guided toward a more realistic perception of their organization and the steps needed to heal it.

Call 541.601.0114 or email Chris Cook to start your organization’s heroic journey toward The Ultimate Boon today.