This is a story about Robert—and all of us. Robert moved to the West Coast without a dime in his pocket. Over the next 30 years, he became mayor of a major city and owner of a successful shipbuilding business.

At only 48 years of age, Robert was told the stress of his work had taken a toll on his health—and he had 1 year to live. Robert gave up politics and sold his shipbuilding business for what would be $60 million today. He moved to Orcas Island with his family and retired. More about Robert later …

The Trouble with Stress

Many workplaces have unconsciously developed a culture of stress. The most common cause of stress in the workplace is extensive overtime—too much work. This results from cuts in staffing, a fear of being laid off and pressure to meet ever-rising job expectations without a corresponding increase in compensation, recognition or job satisfaction.

If you are a business owner or manage a team of employees, do you know the negative impacts of a stressed-out employee or work team? According to the US Bureau of Labor, stress costs US business more than $400 billion annually. This manifests in a high rate of employee turnover, overuse of sick time, lower productivity, less creativity and poor customer service. So you’d better be on the lookout for stressed-out employees.

Rick Hughes, a lead advisor for the British Association for Counselling and Psychotherapy lists these 10 warning signs. 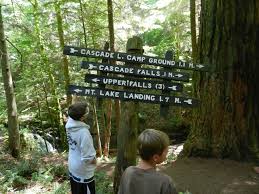 If you see any of these warning signs, it’s time to take action. That means shifting from a culture of stress to a culture of engagement and productivity. Talk to the employee and get to the root cause. Then make changes to counteract the stressors. It may seem like an expensive proposition, but it’s not nearly as expensive as doing nothing.

What if you are an employee and you think you might be experiencing a level of stress beyond that which is healthy?

Here are five ways you can combat stress: 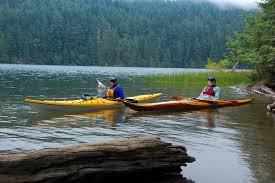 Back to Robert, the man given just a year to live because of the toll stress had taken on his body. He is a real person. His name was Robert Moran. In 1875, at age 18, the penniless Robert moved from New York to Seattle. Over the next three decades, he created a successful shipbuilding business, became mayor of Seattle, rebuilt it after the Great Seattle Fire and also rebuilt his shipbuilding business. (That would cause a bit of stress, huh?)

After being given a year to live, he and his family moved to Orcas Island off the coast of Washington. He lived there another 38 years! Grateful for a new lease on life, he donated 2,700 acres of land to the state of Washington for preservation—one of the country’s first state parks. He wanted others to enjoy the health benefits of spending time in nature. Today we know the land as Moran State Park, the largest public forestland in the San Juan Islands and home to old-growth forest.

Do you have important things you still want to accomplish in this life? Don’t let stress kill your dreams. Capiche can help you implement the changes necessary to do away with stress—both in your life and your company culture. Let me know what is stressing you out, and let’s fix it. Just call 541.601.0114 or email chris@capiche.us to get started.