10 Ways to Practice the Negative Approach to Happiness: Part 1 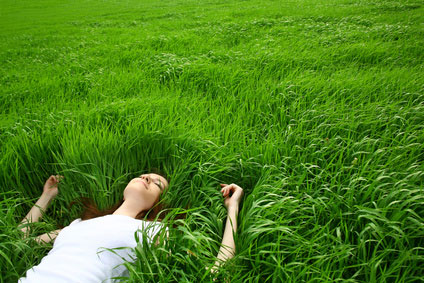 Living the Negative Approach to Happiness

Our last post explored the counterintuitive notion that the path to happiness may be more circuitous than we think. As we try to grasp the vision of happiness before us, it vanishes before our eyes. According to Oliver Burkeman’s The Antidote: Happiness for People Who Can’t Stand Positive Thinking, we may have better luck achieving happiness if we tiptoe up to it from behind.

Below are the first five of 10 ways you can begin to practice the negative approach to happiness in your everyday life.

People who brace themselves against vulnerability not only shut off their painful emotions but also their joyful ones. To open ourselves to the possibility of happiness, we have to become vulnerable to the full spectrum of emotions.

Shame researcher Brené Brown writes, “In our culture, we associate vulnerability with emotions we want to avoid such as fear, shame, and uncertainty. Yet we too often lose sight of the fact that vulnerability is also the birthplace of joy, belonging, creativity, authenticity and love.”

In the course of her interviews with hundreds of subjects, Brown discovered one of the distinguishing characteristics of the happier people was their willingness to be vulnerable. Learn more about how to put this principle into practice in Brown’s audiobook The Power of Vulnerability: Teachings on Authenticity, Connection, and Courage.

“Excuse me, I just got out of a lunatic asylum. Can you tell me what year this is?” This is one example of a shame-attacking exercise clinical psychologist Albert Ellis used to send his clients onto the streets of Manhattan to practice.

Ellis, voted the second-most influential psychotherapist in history (after Carl Rogers and ahead of Sigmund Freud), also proposed an exercise in which the subject would call out the names of each station as the subway passed through them.

People terrified of public humiliation (pretty much everyone) find these exercises frightful, but those who practice them come out feeling surprisingly liberated. What they discover is the reality isn’t nearly as awful as they expected, and this empowers them to overcome fear in other aspects of their lives.

Ellis contended that nothing could ever be absolutely terrible because it could always conceivably be worse. By encouraging his patients to imagine the worst possible scenario, he enabled them to transform infinite fears into finite ones.

This is precisely the sort of negative visualization that has been practiced by Stoics since the third century BC, when Zeno of Citium founded Stoicism in Athens shortly after Aristotle’s death.

Stoics call this act “the premeditation of evils.” By continually acknowledging the possibility that we may lose all that we cherish, we magnify our appreciation for those very people and things.

This practice reverses the hedonic adaptation effect that causes us to lose pleasure in things we have become acclimated to (one reason the wealthy are not as happy as we might think).

It makes us treasure our loved ones all the more deeply and buffers the shock should the terrible scenario we imagine come to pass. Negative visualization also induces calm and robs anxiety of its power over us.

We already know from the research presented in our last post that positive thinking can backfire and cause lower self-esteem.

Anxiously hoping for the best outcome also requires constant reassurance that this positive outcome will occur. It tells your subconscious that its failure to occur would be disastrous, thus intensifying your anxiety.

When you expect the positive, you are not prepared when bad things happen, and this makes a bad situation worse.

When you hope, you cease to act. This is why environmental activist Derrick Jensen rails against hope. It wasn’t until he gave up false hopes of a magical cure for the impending destruction of the planet that he was finally freed from the paralyzing fear that prevented him from acting.

By accepting responsibility and taking action, we play a role in effecting the change we once hoped for. This is crucial to our sense of living authentic, happy lives.

In our next post, we will share five more secrets to practicing the negative approach to happiness.